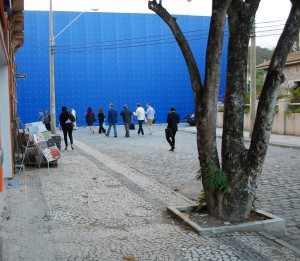 The British delegates wonder around the sduios of “Globo” in Rio

almost all telenovela are filmed in the studios in Rio.. 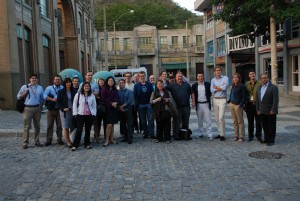 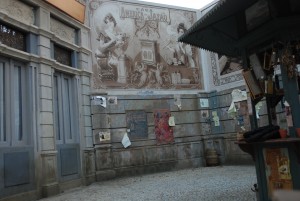 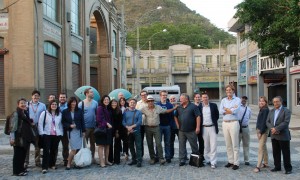 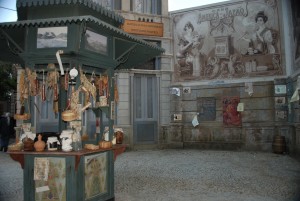 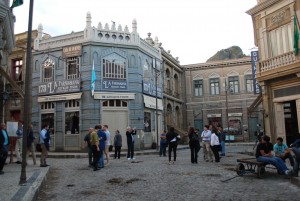 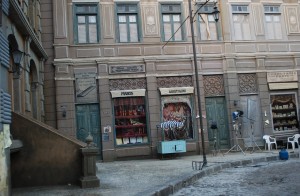 During the week we participated in several seminars and meetings  with some of the key Industry figures both in San Pablo and Rio.

On Thursday 27th. September a visit to the studios of the media empire “Globo” was organized.

Rede Globo  or simply Globo, is a Brazilian television network, launched by media mogul Roberto Marinho on April 26, 1965. It is owned by media conglomerate Organizações Globo, being by far the largest of its holdings. Globo is the second-largest commercial TV network in annual revenue worldwide behind just of American Broadcasting Company and one of the largest producer of telenovelas.

It was fascinating to learn that each Brazilian watches on average five and half hour TV every single day and the amazing studios makes equivalent of three feature films of telenovela or soap opera every single day. One wonders what is left in a day for other daily issues!

The network’s main production studios are located at a complex dubbed Projac , located in Jacarepaguá, Barra da Tijuca. It is composed of 122 owned and affiliate television stations throughout Brazil plus its own international networks.